This last week had been a small slice of hell. Osterman and his Varsity buddies were all football players, and of course they’re all massive and bulked up. Steroids, Rick thought, I bet they have the tiny winkies to match their tiny brains.

Best avoided. Meeting the Frankenstein Brigade again would only lead to more bruises and pain. So Rick peddled his bike around the strip-mall and toward the corn fields today, instead of his regular route.

Thinking dark thoughts and plotting impotent vengeance schemes Rick knew would never happen. Not in the surrealist world at Beacon High. He pedaled along in silence, thinking about the math homework and what Mom might be making for dinner.

Suddenly he heard the eardrum-piercing low-flying military jet sound, almost directly overhead. Looking up, his eyes just registered the impression of a fireball, roaring past and into the cornfields. Just a blink, and it was already gone.

Then the boom, and an explosion of dirt and plants and flaming corn cobs. Expanding into the sky, and falling back just as quickly. What the hell was that?

Dumping his bike at the side of the road, Rick pushed his way through the rows of corn plants. Came from over here, he thought, just as his foot bumped against a sizable and charred clod of dirt.

Rick started moving more cautiously as he passed through the corn plants. Some still smoking, but too green to really burn. Not any real danger of a cornfield fire. He could see a clearing in the plants just ahead, and he pushed aside the last corn still standing around the–crater?

A hole in the dirt, twenty or thirty feet wide. Must’ve been a small meteor. The field was pushed up around it, forming walls of earth. In the cavity inside, Rick could feel heat, and saw a small, glowing rock about the size of a fist.

The glow was diminishing quickly as the rock cooled. Rick approached, carefully testing the earth with the toe of his tennis shoe. Reaching down, feeling residual warmth of the earth around the rock. Carefully, he tapped the rock with one finger—hot, but not enough to burn.

This is awesome, Rick thought. How many guys get to find meteors?

He scooped up and examined the rock, tossing it from hand to hand as it cooled down. It looked vaguely volcanic, like something that had been melted and burned. In science class Mr. Scott said these things were supersonic, how fast is enough friction to melt rock?

As he turned the stone over, Rick noticed that bits and pieces of it were flaking away. Sandstone or sedimentary? Organic? It flaked and broke off like charcoal or graphite, my meteor is crumbling!

Just the tiniest pressure of his hands and the rock broke cleanly into several pieces. Among them lay a shiny, colorful ring.

First Draft, obviously, and more yet to come. Just concerned I may have to leave this story alone until after work. What’s the story behind the mysterious ring? What happens next?

Inspired by this Picture It & Write photo:

I just got done with “Ten Minutes of Useless“. Just wanted to interject a little bit about my writing process. Which usually begins with a prompt, or a phrase, or a title, or an image I like: 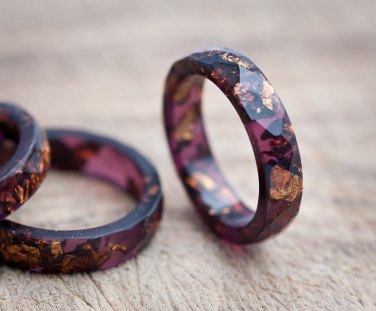 from the “Picture It & Write” site.

Now I can’t explain how, but somehow I went from ‘colorful, that’s a way cool ring’ to ‘Green Lantern’ to ‘I should really write some sort of superhero genre piece’. How I arrived at ‘superhero’ from that image, not even I can explain. It just went there. Funky brain connections, who knows?

I haven’t actually written the piece yet, don’t have a plot or a real idea. But this is (roughly) how all of my fiction gets started; a chain of associations–leads to a direction–leads to an idea–leads to a plan (and hopefully, some day, a plot or a hook or a character to get started with).

I don’t tend to plan too much; all I need is the hook to get me started.

I’ll let you know, if I ever find one of those! heh. Despite two posts today on the topic, I’ve still got nothing solid on the genre piece idea, it may need more rumination, or it may die on the vine.

(15 minutes later: wait, think I’ve got something…I’ll be back)

So today I’m feeling tired and depressive. My body aches, my feet and ankles especially. I don’t feel cheerful, more like snapping at the world. Grumpy old bastard needs caffeine?

But who wants to read this sort of nonsense? Dave whines about his minor aches and pains for ten minutes, go! (Audience exits blog en masse!!)

So we’re done talking about that, but this is a “free write”, so whatever pops out of my head next is what you’re going to be victimized by. Sorry ya’ll, in  my mood this morning, that might be a bumpy ride.

I was thinking ten minutes ago about my next fiction, a little bit, not much more than a vague “I should write one of those” idea, something related to superheroes (of some variety). See, I don’t even really have a plot or a solid idea yet, just an image…that you’ll see if/when I ever actually sit down and start writing the thing. It’s just a very vague and nebulous brain-teaser, so far.

Sometimes that produces a story as soon as I begin tapping away. Other times it dies (replaced by a different notion), or it brews for several days first.

Too early to tell which way that notion is gonna go, since ruminating on it was interrupted by this here daily prompt. I hope I don’t lose it entirely (mark “pending” file, brain!), I think I might enjoy writing something in that sub-genre.

I keep glancing at the clock; general notion that this particular post isn’t going terribly well. But (stop editing!) I’m trying to be honest and brain-dump, as requested. I just isn’t a very interesting brain-dump. They can’t all be winners, right?

And that’s our ten minutes. Sorry we didn’t have a “hook” ready to launch this morning, folks. Maybe the super-hero piece will be the hook for the day, stay tuned.

Anything’d be better than this drivel. 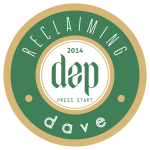 Wanted: easy blog-post hooks, for long-term use in on-demand pieces. You would think I’d have something by now.

Ready, Set, Brainfart! Careful what you wish for, DP.

As it’s been a while since our last free-write… set a timer for ten minutes. Write without pause (and no edits!) until you’re out of time. Then, publish what you have (it’s your call whether or not to give the post a once-over).

The lesson we’re supposed to learn is “write something, even when you don’t feel like writing”, right? Wire up some voltage to the computer chair, same effect 😛