When it came to a challenge, Jim Smiley just had to jump right in! But as his world-famous trained jumping frog lost contest after contest, Smilin’ Jim’s gambling debts slowly accumulated.

Moose and Rocko did everything they could to discourage Jim from entering the next contest. But Jim, ever the optimist, kept believing his fortune was waiting at the end of the next challenge. Gamblin’ Jim reached the point when Moose and Rocko had to violently encourage his perpetual retirement from the frog-jumping game, one night in a dark alley. Several months later, Jim Smiley could walk again.

But Jim did find his fortune in frogs, eventually.

Inspired by this week’s Monday’s Finish the Story prompt and (of course) by Twain. 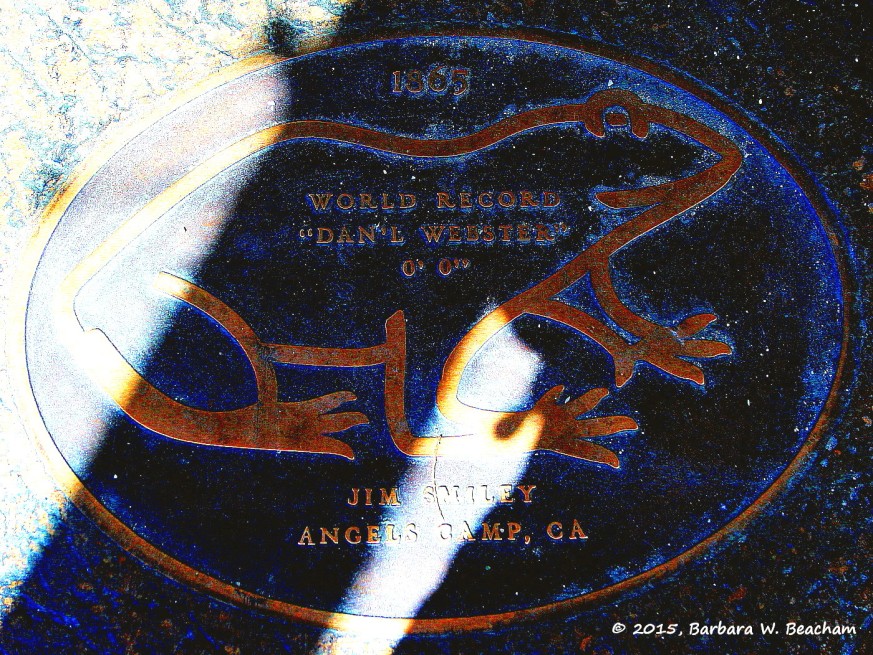 I admit it, my business partner sold me on the idea. I was skeptical—this whole trip sounded much too “expert” for my minor river experience. I’d have plenty of time to learn as we traveled, he said. And the first two days went well, my confidence grew.

While stretching in preparation for the third day on the river, he warned that the extreme rapids were around the next bend.

Now I’m floating face down, and the rocks ahead seem like a problem.

Inspired by this week’s Picture It & Write prompt:

Being stranded annoyed the crew of the Purulent Carbuncle.

“Mister Muttonhead! Where has our longboat, and our rum, gone?”

“Out to sea, sir,” the designated scapegoat stammered while scrutinizing the horizon.