The “Ellie in her Nightie” statuette adorns the prow of the black 1977 Corniche. The hood ornament’s official name is the Spirit of Ecstasy, and it’s been obscuring the view of Rolls drivers for decades. Royce himself never liked her very much.

Jacquelyn Astoria is the driver with the obscured vision at present. The black Corniche is daddy’s car.

Beside her is her tennis pro, Rafael. Like the figure on the hood, his purpose is largely ornamental. He’s eye-candy for Jackie’s amusement while she weaves down Rodeo Drive. The car is weaving because she’s very, very drunk. Of course she is.

On the way to Cartier,
Brook no delay sil vous plait.

Her phone bleeps and Jacquelyn is answering a text from the younger scion of the Waldorf family when the Corniche plows through the open-air bistro tables doing forty. A family of four and their waiter, including two children, die in the crash.

After the media-circus trial of the decade, Judge Hardewick hands down a sentence of sixty years without parole. Jackie remains calm and quiet throughout.

She doesn’t crack and start screaming until the guards take her trinkets away and push her into the cell. 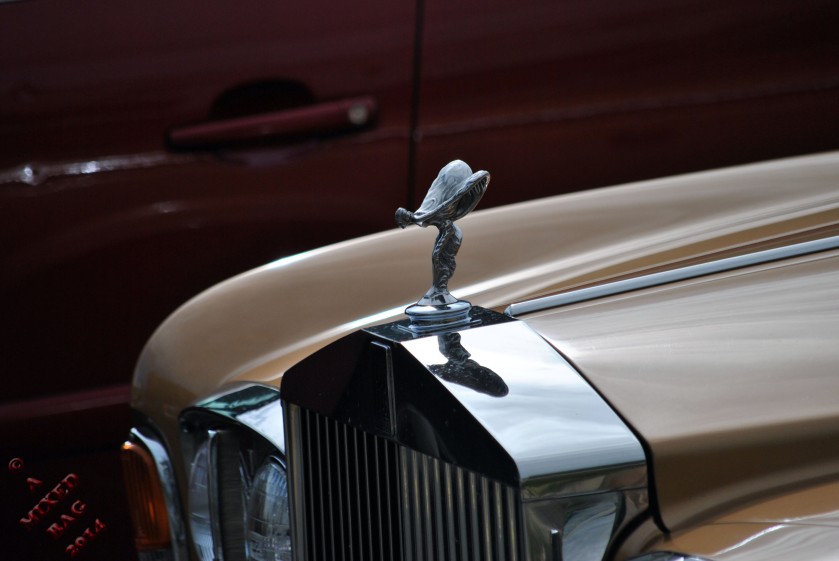 And in homage to Wish I Were Born In Beverly Hills by Alice Cooper.

Of course, a few not-so-clever referents to Paris Hilton…

Watching the vamp gang slaughter another teenage runaway, Grandpa only shook his head.

“One thing about living in Santa Carla I never could stomach; all the damn vampires,” said Grandpa.

Edgar didn’t mind. They kept a shop near the train station, where they sold crosses and stakes. Even garlic t-shirts had briefly been a popular item. Garlic didn’t work on the local vampires, of course, but the tourists didn’t need to know.

A recent article on psychosurgery that I just encountered:

Which has some bearing on my story A Serious Game (and on OCD treatments).

Her name was Chavez and she careened into the alley mouth at top speed, bounced off the brick wall and slumped over. Gasping for air, drawing great shuddering breaths like a sprinter at the finish line.

“The sim has kept her running for the last half hour,” said Decker. “She’s fleeing from half-glimpsed shadowy pursuers, panting, howling, and claw sounds from in the darkness.”

Chavez ducked down the alleyway, dancing from cover to cover behind dumpsters and trashcans, her terrified eyes snapping back to check the alley’s entrance for pursuers every few seconds.

They watched as Chavez scrambled quickly up the fire escape, and paused before the only lit window.

“Clock started. Mr. Snyder, this is the critical moment of the sim. Candidates will choose to shun the light and warmth, and embrace the darkness out of suspicion and distrust. Alternatively, accept the offered sanctuary, trusting hope and intuition. The third option is simply hesitating too long, paralyzed by indecision.”

Chavez slowly opened the window and climbed through.

Decker pressed the blue button on the console and sat back in his chair. “Mr. Snyder, this sim is an evaluation for executive potential. Do you imagine wishful thinking is an admirable trait in executives?”

The door slid to one side and a security officer collected Snyder.

“Mr. Snyder has tested far too highly for empathy, Captain. Return him downstairs for worker drone evaluation. Perhaps he’ll be useful in the cubicle farm.”

273 words. Inspired by this week’s Picture It & Write prompt: 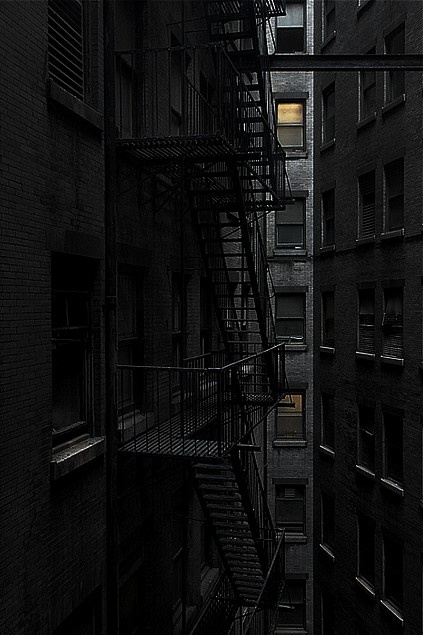 The high priest of Shamash contemplated the sun and bowed to the west, repeating the holy chant of the sunset. For three thousand years, the cult had been preparing for this season’s solstice, when the planets came into unique alignment and Shamash would be at his greatest power. The sacrifice was properly prepared and spread-eagled on the altar. All was as it should be.

A shadow crossed the altar moving from right to left…

The holy sunset blocked by the shadow of monstrous buildings! 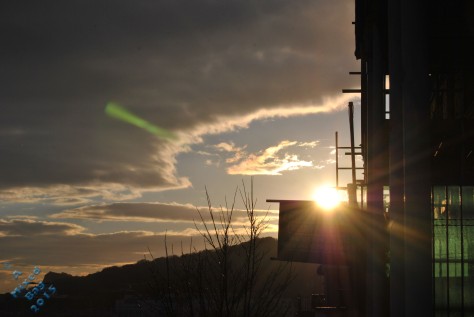 Science Fiction fans may have been exposed to mobile cities novels at some point (Cities in Flight, Mortal Engines, the Cyberiad, lots of steampunk titles).

Springing this one on the unsuspecting visitor at sunset… That feels like a cheat. But hey, it’s what I saw in this image!

The Arcturan Battlecruiser appeared in the sky over Dumont, Iowa (pop. 636) without warning or radio contact one clear evening in August. The giant X-shaped vessel hovered silently over the baseball field, interrupting the Little League game where the Panthers were giving the Patriots a firm trouncing.

Unsure of the most prudent course of action, the Mayor called on Space Ranger William Dexter for guidance.

As ever, Bill and his faithful wonder-dog Artoo were eager to jump aboard the Starfighter Lunasee and do battle with the forces of Badness!

That is, unless the umpire called this next pitch a strike.

Sam flinched when he first laid eyes on the actor with the physique of Apollo for the lead role of Jesus. Nature built Mario for middle linebacker parts, he would be perfect for any football movie. He cast a vast shadow like a skycraper—at least six foot four, three fifty—and those weren’t his only issues as Jesus.

Sam turned helplessly to his producer, “Come on Morty, you cannot be serious.”

“What wrong with him? Mario’s experienced, and he’d make a great lead for the film. The camera loves him and the ladies will love him, too, know what I mean?”

“What’s wrong with him? Look at him! He’s got a blonde buzz-cut and he’s whiter than sour cream, some kind of Nordic ideal. The Nazis would quickly breed as many Aryan babies as they could get out of him, and name them all ‘Fritz’.”

“We want an actor that’s Levantine, Lebanese, Turkish, Jewish, Palestinian, Syrian, maybe Jordanian. You could even make a case for an Egyptian or East African. Has Mario ever stepped into the sunlight without an umbrella at all?”

“Look, Sam, he’s a fine actor, and we can get him for scale because the public hasn’t discovered him yet. This’ll be a career-maker for him, right Mario?”

“It’s not about the money,” Sam pointed out. “There’s just got to be a better option.”

Morty shook his head. “Trust me on this one. We can darken him up in makeup, you know that.”

The life of a director is an endless series of compromises. Art demands attention to detail, but sometimes the Money disagrees.

Against his better judgement, Sam thumbed through Mario’s resume and face shots. Some good work here. No big awards, but a Mario had generous handful of supporting role credits in solid movies. He’d miraculously avoided typecasting in the empty-headed hunk parts. Just maybe this wouldn’t be such an awful choice after all. The beefcake angle could even bring in some box office.

Sam sighed and crossed his fingers. “All right Mario, we’ll give this a shot. But you owe me, Morty. Who’s up next?”

“Casting for Mary Magdalene,” Morty responded. “You’re gonna love this one. Fresh face out of UCLA film school, she has terrific range and some good chops. Tits and ass aren’t bad, either, you’ll see.”

Sam glanced up at the pink Mohawk, the low-cut top straining to contain 44D’s, and the copious body jewelry and ink. He made a strangled noise and pounded the desk with his face.

The ringing of the bells is daily routine. While Friar Francisco y Campillo marched across the clock tower square back to the refectory, his right knee clicked annoyingly, creating a hitch in his normal stately march. Dry weather this week only made the condition worse.

He stopped for a moment to oil the sticking gear, and then whirred his way laboriously down the ancient torch lit staircase to the cell door.

Inside, a terrified young Portuguese girl cowered on the filthy, rat-infested hay. She screamed when the clockwork priest pointed a bronze finger at the stenciled sign reading: “Confess, Jew.”

How we arrived at this today’s tale is a kind of interesting mental connection journey.

And, well, the Inquisition was much  less about Witches than it was about Crypto-Jews, and their expulsion from Spain. (Also some heretics and sodomists and assorted; plus a witch or two).

So yeah, that’s rather a lot of disparate elements to tie up in a hundred words but… 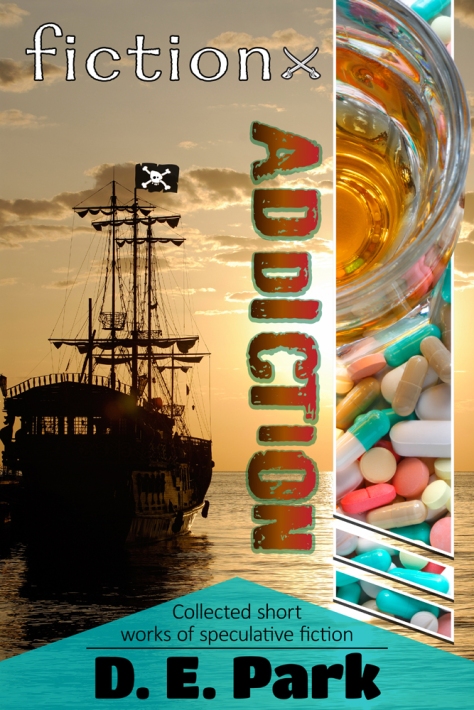 Currently available for kindle on Amazon and for epub on Lulu (and other sites pending distribution).

Still not sure I want to be involved in the marketing side of authoring anything. Seems like a tedious chore.

But oh, I’ll be rolling in riches soon!

If you can’t hear the palpable sarcasm in that  last line, you don’t know me well enough.